We had a fun messy playdate at our house this morning.  On a typical Tuesday, Zayit is at preschool, but today was a holiday.  I had completely forgotten that he would be home all day, so at 10pm last night I was texting another preschool mama to see if she wanted to break up the day by coming over to play.  We ended our conversation with "wear play clothes - things could get messy - we might be making Gak."  And that's just what we did!

The kids had a blast (and I think the mamas did too!).  Zayit has a bit of a sensory thing when it comes to touching wet, gooey, squishy things, so he stirred with a spoon, but as soon as the Gak was a bit more firm, he got his hands into it as well!  Fun was had by all. 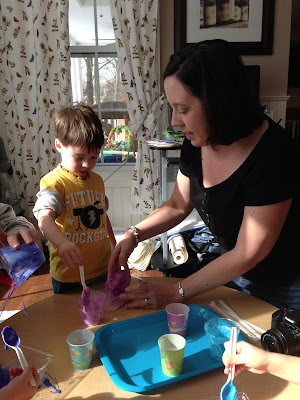 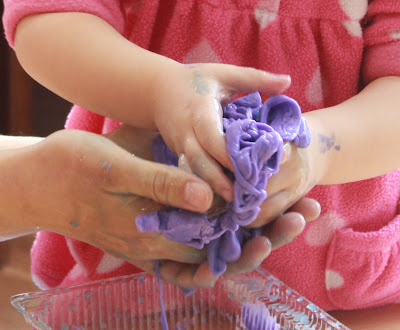 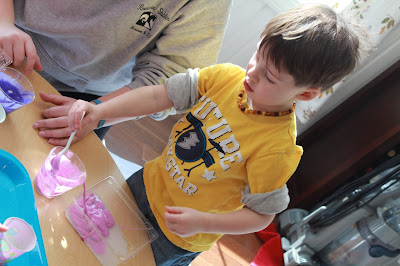 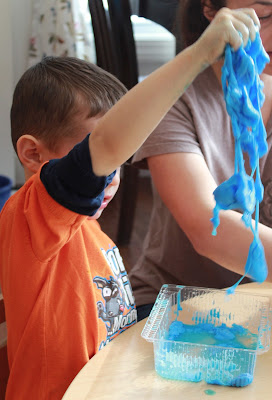 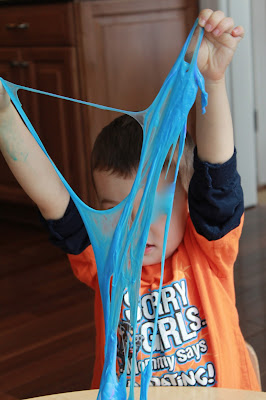 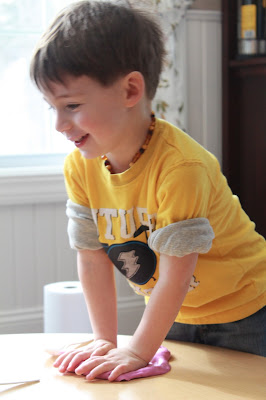 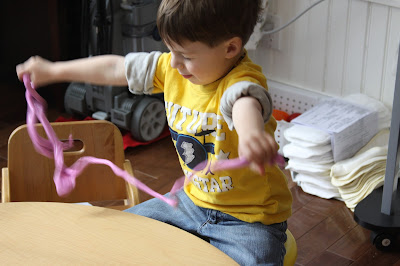 Our Gak recipe was Borax-free.  I didn't feel comfortable using Borax in something that Ziva might potentially get her hands on (we did this while she was napping, so she wasn't involved in the making it process, but I think I will have her play with it tomorrow because it is just so cool to touch).

Each child got a plastic cup of colored glue, a spoon, a cup of pre-poured liquid starch and a larger container for mixing.  We started by adding a little of the starch at a time and stirring, kneading and squeezing, then adding more starch and repeating.  Eventually all the starch was added and we had big slimy messes.  The mamas then squeezed out the excess starch and handed over an awesome, cold and slimy glob of goo.  The kids went to town!

Since the kitchen was already a mess, after we were done with Gak, out came some paints, paper and Q-tips for creating. 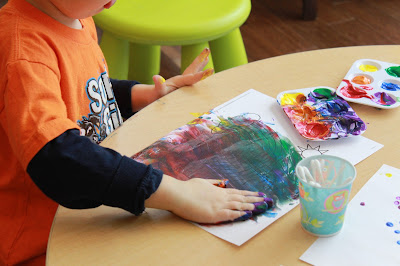 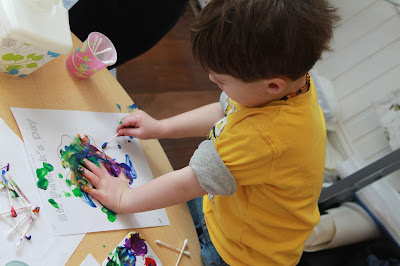 Zayit had such a fun time, he crashed out on the couch after eating lunch.  It was a good day!
Posted by Mommi Mandel at 8:55 PM