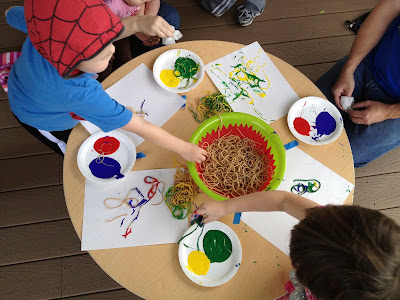 Hurricane Sandy has come and gone.  We were lucky and did not lose power, but we are all feeling a little cabin fever.  It was nice enough that we could spend some time outside today.  It was still windy, but pleasant.  Zayit wanted to play with some friends, so we called the neighborhood friends and invited them over for some messy play!  Spaghetti painting!

This was a very simple, yet extremely messy painting experience.  It did require a bit more planning than usual because I had to cook up the spaghetti ahead of time and allow it to cool.  I took advantage of nappy and made a pot of spaghetti noodles (they were a funky brand that had been in the pantry for a couple of years and just were not going to get eaten!) 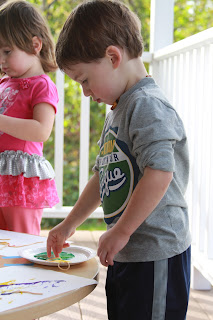 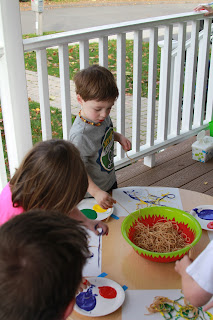 I initially set up the table in the playroom, but thankfully, I rethought that and put everything out on the porch instead.  I am SO glad we did this outside.  It was VERY messy!  Paint was all over the place.  Spaghetti is just as messy to paint with as it is to eat. 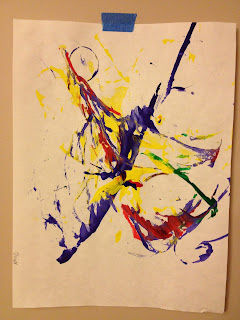 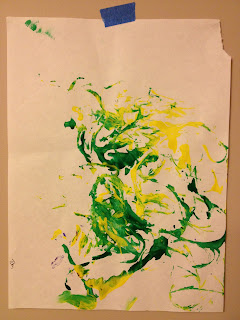