Today we met a caterpillar and a grasshopper!  So much fun and excitement.  We started out at a local orchard for family pictures.  After pictures were snapped, Daddy headed off to work and Zayit, Ziva, Grammi and I set off to feed the ducks. 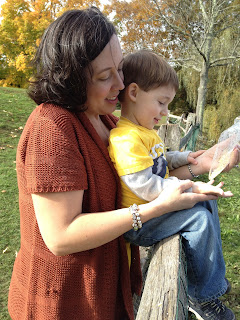 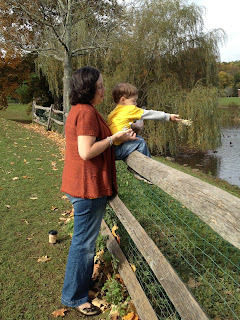 We had a blast feeding the ducks and were headed off to the car to come home when the real excitement began!  On our way back to the car, Zayit noticed a brown and black fuzzy thing in the grass.  He immediately hollered out "A caterpillar Mommi!"  I was shocked that he recognized the real thing.  We see cartoons of caterpillars all the time and one of his favorite books is The Very Hungry Caterpillar, but he had never seen a live one. 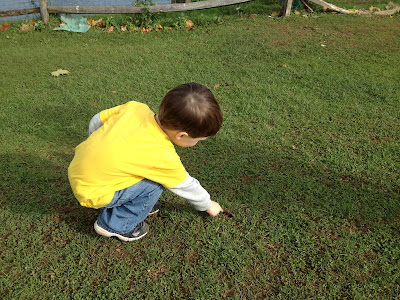 He was in awe.  So adorable!  He watched it for a minute.  Got down real close to the ground and observed.  Then he went into Boy Mode and scooped the poor creature right into his hands.  I panicked!  Trying to convince an almost-3-year-old not to smoosh the poor thing was hard!  He did a great job and after a minute or two of pleading from Mommi, he put the little critter back on the ground.  He attempted to 'open' him up - he had curled up into a ball for protection - but finally left it alone.  Zayit watched for a few more minutes and then saw the critter open back up and continue on his merry way. 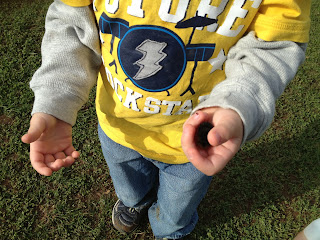 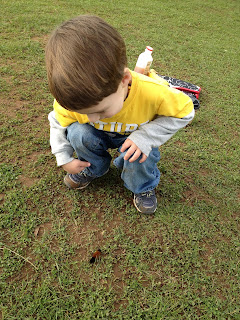 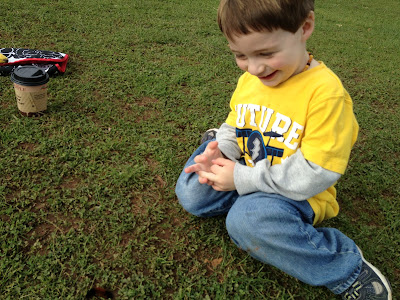 What a fun surprise!

Later, after dinner, we were out on the porch when a grasshopper appeared.  Zayit ran right over to it and, again, got down on the ground to observe.  He got up nice and close and then, all of a sudden, the grasshopper... well... he hopped!  Right at Zayit!  That was the end of close-up curiosity.  From that point on, Zayit was at least 3 feet away.  We continued to watch the grasshopper for a good ten minutes, but from a distance. 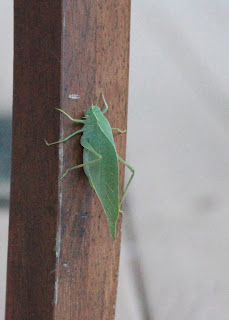 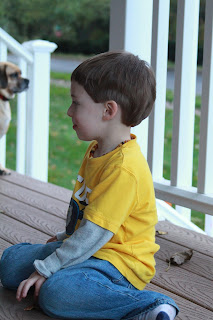 Creature curiosity is so much fun to watch in a Little!  We saw a bunch of lady bugs later too.  What a fun time of year!